Meet the Gnomon of the Idios Logos – a handbook of administrative law from Roman Egypt.

The Museum Island in Berlin is home to some of the most extensive collections of ancient artefacts in the world. Like the British museum, each museum on the island deserves more time than the single day I was able to devote to them when I visited in September last year. Nevertheless, I’ve picked out one piece that grabbed my attention – for no other reason than that it provides a snapshot of the colourfulness of law and life in the ancient world.

In the Neues Museum, in the room adjacent to the famous bust of Nefertiti, the papyrus known as BGU V 1210 – the so-called ‘Gnomon of the Idios Logos’ – has its home.

The Gnomon may not be as glamorous as Nefertiti’s bust, but its contents provide historians with an invaluable insight into the legal administration of Roman Egypt. The document, which dates to around 149 AD, represents a handbook of administrative rules governing the operations of the Idios Logos; a provincial treasury department which dealt with confiscations and other fiscal matters. Many of the rules contained in the papyrus can be traced to the earliest period of the Principate – probably to the reigns of Claudius, Nero, and even Augustus – by comparison with an almost identical, though incomplete, first-century version of the same document (P. Oxy. XLII 3014).

A closer look at the contents helps us towards a better understanding of the place of Roman law in the province. Take §23, for instance:

This regulation states that while a Roman citizen who married his sister or aunt would be considered to have committed incest, marital relations with a niece were permitted (in line with the emperor Claudius’ marriage to his niece, Agrippina). Moreover, the penalty to be applied in the case of incest is that which Pardalas (a former administrator) imposed, namely the confiscation of the offender’s property. It is striking that the rule differs markedly from orthodox Roman law as reported by Gaius in his Institutes (G.1.59 ff.): not only were the prohibited degrees of relationship wider, but a marriage which was incestuous was considered void and the penalties for purporting to enter into one much more severe. Unlike the orthodox rule, then, Roman Egyptians who entered into incestuous unions were still considered to be legally married, even if they were liable to endure the confiscation of their property.

What does this disparity tell us? It seems likely that the rules were adapted to reflect the fact that, as Hopkins established, between 15 and 21% of marriages in Roman Egypt were contracted between two siblings (even if some of these marriages were between adoptive siblings, as was a common practice elsewhere in the eastern Mediterranean). Further, the desire of the Roman administration to placate the population of the newly acquired and politically important province probably influenced their decision not to vigorously impose their social norms on non-citizens. Indeed, as the Gnomon shows, even the rule for Egyptians who were also Roman citizens was relaxed.

The Gnomon, then, provides detailed evidence of the role of the provincial administration in the legal life of Roman Egypt. It also demonstrates that in many areas of the law the dominant Greek and Ptolemaic traditions, which had held sway before the arrival of the Romans, continued to be relied upon. In fact, both Egyptian and Greek law feature more heavily in the Gnomon than their Roman counterpart.

However, one final spanner in the works is the promulgation of the Constitutio Antoniniana by Caracalla in 212 AD, which granted Roman citizenship throughout the Empire.

It has been suggested in the past that this supercharged the role of Roman law in provincial Egypt, evidenced by the sudden appearance of Roman stipulation clauses at the end of Egyptian contracts, even when they were not strictly necessary for the contract’s validity. But even though this practice shows that Roman law was being relied upon (or at least complied with) in some areas, it does not reflect a wholesale conversion of legal practice in the province to orthodox Roman law. As Hans-Julius Wolff said, Roman law in Egypt seems never to have been more than ein äußerer Firnis (‘a superficial varnish’).

Peter is a PhD Student at the University of Edinburgh writing on maritime law in the Roman world. View all posts by Peter Candy

Follow The Law and Life of the Ancient World on WordPress.com 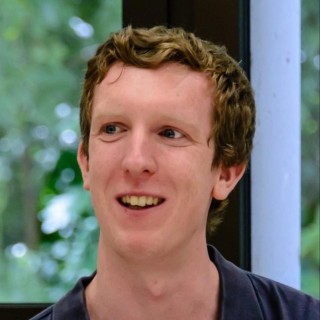 Peter is a PhD Student at the University of Edinburgh writing on maritime law in the Roman world.